The Dos and Don’ts of Ad Recall

Instagram advertising is still in its infancy, having only been operational for the last six months, and being open only to a handful of big brand names, such as Ben & Jerry’s, General Electric, and Michael Kors. In April, Taco Bell decided to jump into the Instagram game, using their new advertising platform to promote their new breakfast menu. According to AdWeek, the results have been overwhelmingly positive for Taco Bell, with an incredible return on ad recall. But this begs the question—what exactly is ad recall, and what does it mean for brands? In this industry, we’re acutely aware of the importance of creating ads that resonate with our audience. Especially in the growing age of content marketing, our primary focus is generally to create something that will hit an emotional chord in viewers, and will last with them long after they’ve seen the ad. You may assume that’s what we mean when we say “ad recall;” that it simply means that consumers recall having seen your ad. What it actually means is that not only do audiences remember your ad, but they remember the brand that’s connected to it. I asked around the office for ads that people remembered, but couldn’t remember what brands they were for. One suggestion was the Starburst “Berries and Cream” commercial, which became an internet sensation back in 2007. [pexyoutube pex_attr_src=”https://www.youtube.com/watch?v=wYX_zhlTDr8&w=220″][/pexyoutube] We all remembered the commercial, of course, but I wondered if we were in the minority for not remembering that it was a Starburst ad, so I Googled “berries and cream ad.” In “Searches related to berries and cream ad,” the first suggestion was “berries and cream skittles commercial.” Guess we weren’t the only ones who weren’t clear. Additionally, it suggested, “berries and cream starburst commercial,” “skittles berries and cream,” and “berries and cream starburst guy.” That gives us a 50/50 split on brand recognition as far as that ad goes. While plenty of people were pretty sure what company put out the ad, it seems like there were still plenty who were left in the dark. It’s also important to note that a fair number of search suggestions and results don’t ever actually mention a brand, correct or not. “Berries and cream commercial lyrics,” “I’m a little boy who likes berries and cream,” “youtube berries and cream,” and “berries and cream remix.” It seems pretty safe to say that this was colloquially known as “the berries and cream commercial,” without necessarily being credited to a particular company. Conversely, when I asked people about really great ads, they always started with the name of the brand. The most popular answer I got to that question was, “The Budweiser commercial with the puppy and the horse.” If you want to talk about viral commercials of 2014, you’ve got your answer right there. https://www.youtube.com/watch?v=uQB7QRyF4p4 The incredible thing about Budweiser’s “Puppy Love” ad was that it has nothing to do with beer. It’d even be fair for first time viewers to assume that it was a commercial for whatever brand that car that the Clydesdales stopped was. There are two factors in “Puppy Love” that made the ad recall inherently successful: 1. It grabbed a hold of our heartstrings, and it tugged with all its might. There are few commercials in existence that pulled out as many feels as this one did. If ever someone wanted proof that when people are made to feel something, they’re compelled to share it with their friends, look no further than this ad. People took to social media by storm, and they weren’t shy about their emotions: https://twitter.com/sofeminineUK/status/428936111017455616 https://twitter.com/Stephen_D/status/428956884218163200 2. The subconscious connection that reminded us all who was behind the ad—the Clydesdales. The horses have been a staple of Budweiser promotions since 1933, and have been featured in Super Bowl commercials since 1986. Budweiser has done such a good job of ingraining their brand into their audience that even if you never saw their logo, you’d probably still make the connection. As social media marketing continues to climb, many companies are becoming increasingly aware of the importance of ad recall. An ad that’s deemed successful by today’s standards is one that goes viral throughout social media, because it made such a significant impact on its audience that spreading it was virtually effortless. The bigger the splash you make online, the broader your audience, and the better the return on your investment will ultimately be. Even though social media marketing is primarily for enhancing brand recognition, how many people do you think heard Passenger’s “Let Her Go” while they were in the supermarket and wound up putting a six-pack of Budweiser in their shopping cart? I’d have to imagine there were at least a few. 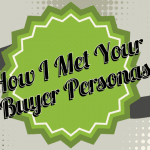 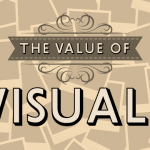