Lately, Twitter has been busy cleaning up everyone’s timelines and protecting users from the influx of fake accounts and spam tweets. As Twitter grows, some companies and users are finding new ways to take advantage of Twitter’s interactive nature and its Discovery tool capabilities. This is being done in an attempt to solicit new leads and business. These companies and users are tweeting and Direct Messaging (DMing) other users to whom they have no affiliation. These tweets and DMs are going out to unsuspecting recipients, begging them take further action (usually they’re attracting you to something with a fake offer and/or sending you to a fake website). The social media channel is cracking down on users for @mentions and @replies, suspending accounts for the action being dubbed, “unsolicited mentions.” Fat Guy Media is here to explain what unsolicited mentions are and why Twitter is saying they are a “no-no.”

What are Unsolicited Mentions?

You’ve probably seen it many times, when users with almost no following are sending out tweets at rapid-fire, with multiple tags and the same message. We all find it annoying, and Twitter agrees, making similar engagements a suspendable offense. These messages are intended, by the sender, to be direct-sale messages. Users sending unsolicited @mentions or @replies are pressuring users to:

In a nutshell these people are being a real nuisance, trying so hard to garner attention but not providing anything worth paying attention to. These types of messages undermine Twitter’s intentions of interaction, and if these types of messages are coming from your company that’s trying to get attention, it really hurts your credibility.

SPAM! We (usually) know it when we see it, we all hate it and Twitter has our back. From the official Twitter Rules,

Spam is arguably the worst part of any social media. It clogs up your inbox, gets your hopes up when you see a notification and can link you to a nasty site that you had no intentions of ever viewing. Twitter has taken action and started suspending accounts in cahoots with spamming. Twitter bots are a huge contributor to the spamming. These bots are automated computer programs that tweet on their own accord based on users around them, and tweets associated with topics that they are looking for. If you don’t know what they are, check out @RedScareBot—this is an example of a Twitter bot that sends out tweets to anyone. This account is able to get away with it for the most part because the messages and tweets are directed at anyone referencing communist or socialist governments. Fat Guy Media has recommendations for you if your account has been suspended for unsolicited mentions. One step you could put into practice right away: make your tweets or DMs more personal for each of the users you are targeting.  If you would like to schedule a consultation or have any further questions please feel free to give us a call at 516-535-5353 or e-mail us at sales@fatguymedia.com. We look forward to hearing from you! 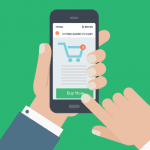