3 Of The Most Common Mistakes Long Island Web Designers Make

Finishing your first website can be a very rewarding process. It’s taken months of hard work, coding and design to get it where it is now and you think that you’ve finally perfected it. As you sit at your desk you might marvel over how much it has grown and what it could do for your business. Then one of your employees comes in holding his phone. In order to verify your belief that it looks good you ask one of your employees to access it. Instead of moving to their computer, they open it on their phone and everything changes. The well thought out design that you had worked through meticulously now lies in a disorganized heap. It’s horrifying. And it happens more often than you think. I’ve seen friends, family members and acquaintances from other businesses look proudly at their website only to see it fail when it was opened on a mobile device. It hurts to watch because you know just how much time and energy they put into that website and what it means to them. Here at Fat Guy Media we specialize in fixing those web design problems before they start. Listed below are three of the most common mistakes we see businesses make (when it comes to web design) and what we can do to fix them.

1. People Will Be Accessing My Site From A Desk Not a Phone

From our little story above you can see that that’s not exactly true. And since we can’t expect you to make a decision off of a minor bit of fiction we’ve got some statistics to back it up. According to HubSpot over a quarter (25%) of Internet users’ access the Internet through a mobile device. Not their computer. That means quite a few of your potential customers will be seeing your site on the go and the site that you show them could affect their decision to either choose you or move on to one of your competitors. We are long island web designers that make sure your website looks good not only from your desktop but from your phone and tablet as well. Our web design team will work with you to optimize your site for mobile and address any other concerns you may have.

2. Couldn’t I Just Design a Website and a Mobile Site?

You could. But there are plenty of things that you could do that you probably shouldn’t. There are a few reasons why designing two separates sites are a bad idea but we’ll give you our top two. The first one is that it’s a whole lot of extra work that you’ll have to put into designing both sites. You’ll remember how long it took you on the first one. Double the websites take double the time and that’s more time that your company spends on the Internet sidelines instead of competing for dominance. The second reason is that it will be difficult for your customers to navigate which could frustrate them and force them to look at your competitors. You don’t want to spend more time designing websites and you don’t want to lose customers just because of a bad template. Our web team will get you off the sidelines and into the game quickly and efficiently while also providing you with a beautifully designed site.

3. We’ll Just Get a Third Party to Do It

On the surface having a third party design your mobile site sounds like a great idea. Almost too good to be true. And, more often than not, that’s because it is. While the service is free they will also be hosting that site on a separate URL (which will compete with your site when you search for it) and since they own the domain they will use your mobile site to host their own ads which can make for a very unpleasant experience for the viewer. Getting a third party to design your site creates far more problems than it solves so we suggest that you find someone who will create a responsive site for you. As long island web designers we here at Fat Guy we specialize in creating well designed responsive sites that will attract your potential customers from both their mobile and their desktop. While it might seem like a large investment at first we can say that it’s an investment that will pay off over the long term. If you would like to schedule a consultation or have any further questions please feel free to contact us at 516-535-5353 or e-mail us at sales@fatguymedia.com. 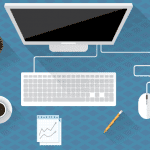