Why the Vegas Golden Knights Marketing Team is Championship Caliber

So, the Vegas Golden Knights fell to the Washington Capitals in the NHL Finals. However, even though the Stanley Cup won’t be making its way back to Vegas, the fact remains that the Golden Knights marketing team has achieved royalty status in the team’s inaugural NHL season.

Even at a quick glance the Vegas Golden Knights brand name and logo sound and look really cool, no doubt about it. What you may not realize, though, is that there are few small subtleties that actually make them meaningful to Nevada and the Sin City:

In our opinion, it would have been pretty lazy of the creative department to cop out and name the team something gambling-related. Props to them for creating a truly unique brand!

Check out this great video about the creation of the Golden Knights brand and logo:

Before the players even hit the ice, the Golden Knights marketing team started sharpening the brand’s social media presence with a combination of sarcasm, pop culture references and team-related news.

The content and voice leveraged by the Golden Knights social media team are perfect for fostering fan interaction: references appealed to younger, meme-savvy followers, but weren’t so obscure that they alienated older fans.

The masterminds behind @GoldenKnights on Twitter also did a really good job of trash talking other teams without being too vicious.

We're definitely proud! But not as proud as @CanadiensMTL are of how many championships they won when there were only 6 teams in the league🙄 https://t.co/FaK14I2XLz

Because everybody knows how good @SanJoseSharks are at holding leads🙄 https://t.co/O2YGCvhx0R

Ultimately, the game experience provided by the Golden Knights franchise is the product they’re selling. And they did an incredible job developing that product.

The opening ceremony of Game 1 of the 2018 Stanley Cup Finals, which took place at T-Mobile Arena in Vegas, was the equivalent of a miniature Broadway Show. We won’t waste words describing it. Just watch it below.

In addition to arguably the most amazing opening ceremony in NHL history, there’s plenty more to look forward to at Golden Knights games:

Last, but certainly not least, is the way the Golden Knights marketing strategy engages Las Vegas residents to build a sustainable source of ticket sales, rather than relying on tourism.

From their plan to offer single game tickets to locals only, to their takeover of the Fremont Street Fair, the Golden Knights averaged 18,042 fans at each home game at an arena with a 20,000 person capacity. Not bad at all for their first season.

At Fat Guy Media, we tend to be fans of strictly New York teams. But with such great marketing tactics, how could we not love the Golden Knights? 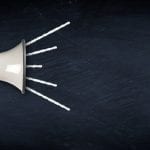 What is Branding: A Guide for Differentiating your BusinessBranding 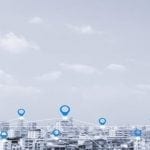