How to Maximize ROI with A/B Testing on Facebook

Advertising on Facebook is one of the best ways to harness the power of social media for business. But a lot of hard work goes into creating a Facebook ad, and the best practices for advertising typically vary from business to business. They’re usually discovered through trial and error. With A/B testing, you can minimize the testing period while maximizing your ROI.

What is A/B Testing?

An A/B test, also known as a split test, refers to the comparison of two variants of one webpage to see which one performs better. However, in this case, we’ll be using the term A/B testing to refer to the analysis of two variants of a Facebook ad, not a webpage.

Let’s pretend you’re running a Facebook advertisement to entice your audience to download a new eBook you’ve just written. To A/B test it, you would run two ads (Facebook explains how to do that here). While the goal of each ad is the same, you could change up a combination of the following:

Even slight distinctions, like a red border around your image instead of a blue one, can drastically alter the results of your ad set. 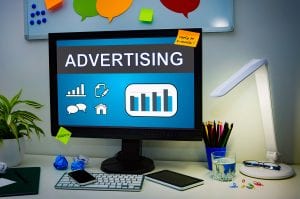 First, determine which elements you’d like to vary within your ads. No matter which aspects of your ad you’re going to change up, just make sure your first change is a big one.

For example, don’t start off by testing tiny, incremental age ranges like 30 to 31 versus 32 to 33 because that excludes a huge portion of your potential audience. Instead, test something like 20 to 40 versus 41 to 65, and narrow it down from there.

When you’re running two different ads at the same time, it’s important to give them both a little bit of time to gain traction. But, if after a week or so one ad is performing significantly better than the other, it’s safe to determine the winner. 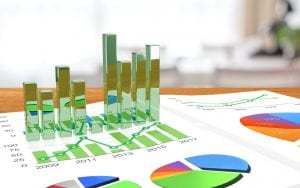 With a successful ad, you’ll eventually saturate your target audience, and your ad will no longer make conversions. With this fact in mind, you should continue testing new formats, and even create new ones from scratch. This way, once your best ad starts losing steam, you’ll be ready to kick off a brand new campaign and generate more leads.

There are literally millions of different combinations of headlines, copy, images and targeting information you can use in your Facebook ads. A/B testing is a tried-and-true way to narrow down your options and create ads that really work, instead of taking shots in the dark.