Product placement in movies is a funny thing. Very rarely is it subtle—it’s usually directly in the frame, impossible to miss. However, sometimes that incredible cheesiness is what makes it memorable, whether it’s done poorly or well.

5 Product Placement Examples: the Good and the Bad

First on the list has to be “Wayne’s World,” a clear satire of the product placement craze that had been a staple of tons of classic movies throughout the 1980s and 1990s.

In “Wayne’s World,” two Chicago burnouts (Mike Myers and Dana Carvey) host a public access TV show that they declare “will not bow to any sponsor,” as they act out over-the-top commercial scenes from corporations like Pepsi and Pizza Hut.

During its time, it was a creative, clever take to poke fun at all of the other awful examples of product placement in movies.

Before appearing in “Toy Story¸” the future of Ohio Art, the company that created Etch A Sketch, was in serious jeopardy. However, after a super short scene in which Etch A Sketch helped Buzz Lightyear and the rest of the toys figure out who stole Woody, it was able to remain in business. Executives estimated that the return on investment from advertising in “Toy Story 2” alone was $50 million.

Mr. Potato Head, Barbie and Slinky Dog also existed before the legendary Disney-Pixar film. Obviously, their unique developments, personalities and conflicts made them feel less like ads and more like relatable characters.

“The Internship,” the 2013 film in which Owen Wilson and Vince Vaughn intern at Google and try to fit in with their younger, tech-savvier colleagues, is a rough one.

Google didn’t technically fund the film or buy advertising space within it, but it did work alongside the filmmakers to make sure its brand and company culture was portrayed in a charming, flattering light. This allowed Google, arguably the single most powerful, influential corporation in the world, to control the narrative of the movie (like objecting to a scene in which a self-driving Google car crashed, which was then cut) while scoring a free advertising opportunity.

The movie also prominently featured products like Google Glass (remember those?) and the search engine itself. It’s glaringly artificial, but still, Google got some free exposure. As contrived as it is, it’s certainly memorable.

The “Jurassic Park” film series is littered with brands like Jeep, Ford and Barbasol. But nothing is worse than Samsung in “Jurassic World” (even though pretty much all of the product placement in the movie is bizarre).

In case you haven’t seen it, we won’t spoil it too much. Just know that a lot of people end up dead as a direct result of faulty Samsung devices.

“I, Robot” takes place in a dystopian future (2035 A.D., which is terrifyingly close) in which humans are, in the opinion of Chicago Detective Del Spooner, played by Will Smith, becoming way too reliant on technology. Spooner isn’t a fan of robots, and he often clings to nostalgic mementos from older times.

This includes Converse Chuck Taylor All-Star sneakers, which Spooner wears throughout the movie. There’s also a popular scene in which Spooner unboxes a fresh pair, which is filmed from several angles and makes the shoes look great. This is a great example of product placement that’s obvious enough to highlight the brand, but done tastefully enough that it’s not cringe-worthy.

What are some of your favorite examples of product placement in movies and TV shows? 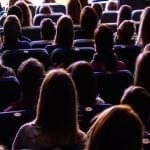 The Most Creative Movie Advertisement Campaigns in HistoryAdvertising 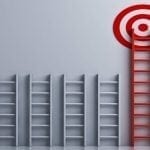