The Most Creative Movie Advertisement Campaigns in History

Every year, Hollywood spends millions of dollars producing big-budget movies for public consumption. However, getting them made is only half of the battle. The real challenge is having to sell tickets to movie-goers, so the film makes money. As you head to theaters this summer for the newest blockbuster, keep these famous movie advertisement campaigns in mind.

What are the Most Creative Movie Advertisement Campaigns of All-Time?

“The Blair Witch Project,” which was released in 1999, is a supernatural horror film. It tells the story of students who vanished after going into a forest to document their local legend, leaving just the first-hand footage behind. Since this was a low-budget indie movie, it would need a grand-scale movie advertisement campaign to get the word out—and they succeeded.

“The Blair Witch Project” turned a $60,000 budget to a $248 million profit by making their film seem real. A year before the film came out, producers created a website that told the tale of the Blair Witch. It included seemingly genuine news reels, photos, journal entries and interviews with family members. 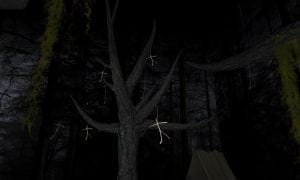 If you checked out the actors’ IMDB pages, it showed them as “missing, presumed dead.” This culminated in the distribution of missing person posters for the film’s characters. All of this work lead to “The Blair Witch Project” becoming one of the most successful horror movies.

Back in 2006, Sacha Baron Cohen, a popular British comedian, was virtually unheard of in America. The movie advertisement campaign for his film “Borat” used that to their advantage. Borat, the character, was originally presented as a real, yet often ridiculous and vulgar, person.

To promote the film, Sacha Baron Cohen appeared on a number of popular American late-night shows in character. Every time, he would skewer and make fun of American culture, much to the host and audience’s bewilderment. As a result, many people believed that this wild filmmaker from Kazakhstan was a real person. 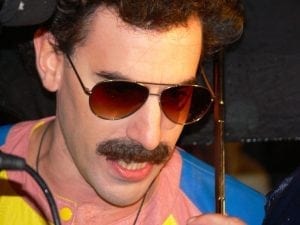 Therefore, it left a lot of people interested in the movie, so they went out and saw it. Even after seeing it, some people still didn’t know that Borat was just an act. In fact, Salon had to post an article separating fact from fiction in this 2006 comedic mockumentary.

“The Dark Knight,” directed by the legendary Christopher Nolan, began its advertising campaign a whole year before the film came out. For starters, they launched a fake political campaign for Harvey Dent and even published a fake newspaper called The Gotham Times.

To tap into the mysteriousness of the Joker, the movie advertisement campaign created cakes with phones baked into them that fans could use to call the Joker and left playing cards with “HA HA” in comic stores across the country. 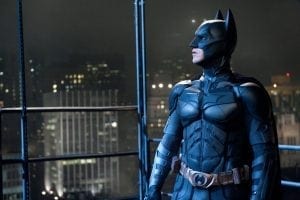 This all climaxed in “The Dark Knight” becoming one of the highest-rated, top-grossing comic book films of all-time.

If you’re wondering why you saw a certain film, it probably was because of their successful movie advertisement campaign.