How to Go Viral in 3 Easy Steps

Ever wondered how Friday (yes, the one by Rebecca Black) went viral? Well, so have we because in no universe ever should have that become a popular song. But it did. And while we can’t really tell you the secret formula for making Friday Part II we can help familiarize you with some tools that could make your blog, website or video the next member of the Internet’s Viral Hall of Fame. At this point you must be asking, ‘how to go viral.’ Hubspot recently released a blog that went over twelve steps that your company should take if you’re serious about going viral and that blog will serve as the foundation for this one. But, we believe twelve steps sounds a little excessive (that’s a lot of reading and we understand that you’re probably pretty busy) so we thought three steps might be more practical. And, here they are.

Here’s How to Go Viral

1. Put Your Viewers in a Glass Case of Emotion

Okay, maybe that sounds a little extreme but it’s kind of true. If you’re looking to go viral most of your viewers will likely be stumbling across your content when they’re really bored and searching for any excuse not to work right now. The good news for you is they’re already interested in your area of expertise, which is half the battle. But, just because there are fish in the pond does not necessarily mean they’re going to come biting. You’re going to have to lure them if you want to do that. And how do you do that? By presenting information that people will respond to. Think about any of the viral videos you have ever seen and think about how they made you feel. Did it make you feel angry? Sad? Happy? Warm and fuzzy inside? Encourage your audience to go, “Awww.. cute!” or even, “WTF?” but do not let them leave your site feeling apathetic. If that happens, then you’ve lost the viral game.

2. Know Your Audience… Or They’ll Hate You

Now that you know you that you need an emotional draw it’s time to think about who you want to respond to your message. If you were to hold up a banana to one of the minion’s from Despicable Me and then you held up that banana in front of a dragon from How to Train Your Dragon you’d likely get two very different responses. The minion’s would probably run around and something may explode (out of happiness) while the dragon would probably just roll its eyes at you and contemplate how long it would take to eat you. Your audience will probably be thinking the same thing so be sure to present banana’s to minions and sheep to dragon’s. You need to know who your target audience is, what makes them tick and what they’re looking for otherwise they’ll just pass you by for something better. 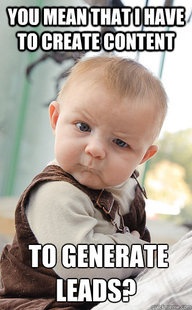 Creating quality content is the number one, most important, absolutely can’t deny it, absolutely necessary thing when it comes to going viral. But, there is no limit to the number of ways you can arrive at that quality product. Many people confuse original with quality when it comes to content creation. We’re here to tell you that that’s not necessarily the case. Instead of original content you could think about putting a new spin on articles that currently exist or even repurpose some articles. The important thing is that you produce some value for people from that content. If you just put out the same thing that was already there then you’re not really contributing all that much. Try to find a way to make your content sing even if it means abandoning originality from time to time and getting creative with what already exists. Such limitations could unleash your brand upon the world and the best part is that you have a precedent in Upworthy and Buzzfeed.   Still asking, how to go viral? Remember these three steps on your quest for viral fame and you might, just might be the next big thing to grace the Internet. Best of luck to you all!