An epidemic has swept across this country, affecting millions, and it may have affected you too… you may just not know it yet. Medical experts have worried about swine flu, bird flu, and pretty much every other kind of flu, but they have not focused on the disease that has sprung from people’s pockets: cell phone addiction. Millennials have been most affected by this, as has been stated by experts Kelly Wallace of CNN and Louis CK; something must be done to save this generation from the prison of addiction. We have a War on Drugs, a War on Christmas, why can’t we have a War on Cellphones? Cell phones are stressful. They fall everywhere–the toilet, the pool, the grimy tracks of the New York City subway. They’re completely dependent on us for life. According to the NY Daily News a man, “nearly got obliterated by a subway train in Brooklyn on Tuesday,” when he went to rescue his cellphone from certain destruction. That’s too much stress to put on anyone, let alone the young people of America. Stress triggers addiction, and it seems that cell phones are both a coping mechanism and a lightning rod for this epidemic. Social media furthers the millennial’s addiction. It has been estimated that roughly 84% of millennials are on some type of social media platform that allows them to interact with people and businesses around the world. They even complain to businesses when they do not approve of a product! That’s right, instead of complaining to their friends or threatening to write an angry letter, they can be assertive and make corporate America responsive to their needs. That’s not how that’s supposed to work. We’re supposed to write companies those angry letters. The companies are then supposed to throw those letters into a gigantic pile of paper, set it on fire with an industrial flamethrower, and we’re left to grumble about never receiving a response. The worst part is corporations are actually promoting this responsible consumer behavior. Their social media pages, which they use to promote and communicate with consumers, are being further streamlined by applications that connect their Facebook, Twitter, LinkedIn, Google+ and Instagram pages together.

NAME: Buffer USERS: 1 million TYPE: Scheduling CRIME(S): Allows businesses to connect their Twitter, LinkedIn, Facebook and Google+ pages. They can also prep links, text posts, pictures, and videos in advance, thereby allowing them to schedule their posts to go out at a time when millennials are most vulnerable to internet and social media use.   NAME: HootSuite USERS: 8 million TYPE: Organizational (Aggregate Social Media Site) CRIME(S): This application offers similar features to Buffer, but it organizes all of the organization’s social media content. The social grid is on 24/7, and HootSuite keeps the corporation in contact with consumers around the clock.   NAME: Fllwrs USERS: 60,000 TYPE: User Discovery CRIME(S): Giving corporations the ability to track their Twitter followers. They can see when they are followed and when they are unfollowed, which increases their potentiality to respond to demanding customers and remove spammy accounts from their followers page. This approach borders on Big Brother.   So there you have it; the culprits that are funneling social media information straight to our hands, pockets, and purses. Something needs to be done to stop the madness! As with all wars, this movement has its adversaries: people who fully support the social media takeover that is plaguing our society. They live for all the cute puppy pictures they peruse on Instagram; the hilarious meme compilations on Buzzfeed; those videos that make their hearts swell on Upworthy. These people are even proponents of the way that social media has influenced businesses; they like that companies are now able to listen to and directly respond to their consumers, and right wrongs as they happen! Blasphemy! Those of us who don’t like change need to stand together through the War on Cellphones, in favor of the days when social statistics weren’t the forefront of marketing efforts. We need to bring back the days when marketers had to hop through hoops to monitor consumer engagement with brands; these aforementioned apps with their fancy, schmancy analytics have made our jobs so “easy” that we can do them from our desks! See, look at that—the War on Cellphones is just as necessary as the War on Obesity, there’s a clear correlation between the two! We have to put an end to social media marketing, cell phones, and the whole internet at large! Or…we can stick to writing satire about the things we actually love 😉 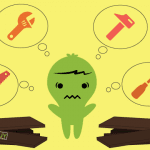 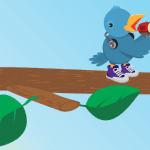