Does the title No Internet Week absolutely terrify you? How often do you check your social media updates on your smartphone? I think I check my iPhone at least once every fifteen minutes, just by force of habit; I’m not usually expecting any particular messages, I just turn the screen on and off. It seems as though everyone I know is constantly connected to their devices—I suppose if that weren’t true, products like the Cellphone Jail wouldn’t exist. But since that’s a thing, I think it’s safe to say that we have a serious addiction to technology. But what if someone told you that for five whole days, you couldn’t use any technology. No iPhone, no Facebook, no Google, nothing. That’s exactly what’s happening to five internet addicts during this year’s Internet Week Europe.

What is Internet Week?

Internet Week is basically any tech-lover’s dream—it’s a festival that brings together technology, business, and culture, giving people from all industries an opportunity to share and learn from one another. Internet Week New York started in 2008, and has been running strong, growing larger and larger every year. The next festival will be held from May 19-25, 2014, and is expected to have over 45,000 Internet professionals in attendance. It will feature over 250 IWNY-run events, and over 150 additional events being run by IWNY partners. New York couldn’t keep all the goods for itself, though, and now Internet Week has spread all the way across the pond.

I attended the IWNY 2013 festival, and can’t even begin to explain the extent to which my mind was blown over the course of the week. For starters, the keynote presentations, panel discussions, workshops, and tutorials were all incredible and informative, and I walked away having learned so much. But on top of that, one of the most awesome aspects of the experience was simply the open forum for people to connect. One thing I love about the internet is the opportunity to speak with people with whom you may not have the chance to engage in real life. These are the people who are so far beyond your social circle (read: celebrities, scientists, authors, etc.) that without the internet, there’s no way you’d ever get their attention. At IWNY, the same rules applied as on Twitter, and you could walk up to someone and ask them a question in a safe environment, where everyone treated one another as though we were all on the same level. I think that kind of broad expression of respect is unfortunately hard to come by most of the time.

Anyway, this week, November 11-15, is Internet Week Europe, which is curating events all throughout London. Creative agency Mother London has introduced an interesting documentary subject, which addresses something very real to people across the world, of all ages and professions—internet addiction. Running concurrent with IWE, Mother London is depriving five internet addicts, replacing their smartphones with ‘brick’ phones and changing their social media passwords, and filming their experience as a documentary called “No Internet Week.” The documentary is being posted to nointernetweek.co, and the first two days are already up. The participants include: James Brown, an editor from Sabotage Times; Emily Hare, managing editor of Contagious; Katie MacKay, advertising executive and founder of whatkatiewore.com; Maria Pizzeria, fashion blogger; and Sophie, a 13-year-old. The participants are going to be monitored by professional psychotherapist Sarah Hirigoyen throughout the duration of No Internet Week.

Do You Think They’ll Survive No Internet Week?

We’re interested to see how this plays out, and will be watching the documentary as it unfolds. As for what we’re expecting? We’re hung up on Brown’s closing statement of the documentary teaser, “I’m f***ed, basically.” 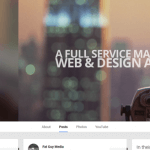