Tim Howard is a God. A national hero. A patriot. He put his heart and soul into last Tuesday’s match against Belgium making 16 saves and keeping the U.S. competitive in a game where they were largely outmatched. Everyone knew that they would be but you couldn’t help but wonder if the U.S. might be able to pull something off (especially with Chris Wondolowski’s chance in the 93rd minute to win it, by the way I’m still cringing). Now eliminated, the national team heads home to a country where soccer is still only the third or fourth most popular sport and the popularity they experienced over the past couple weeks will likely die down. But, not if Tim Howard has his way. The keeper has been trending across social media platforms since his most recent performance to the point where he has his own hashtag (#thingstimhowardcouldsave) and meme ‘Things Tim Howard Could Save.’ They range from this: 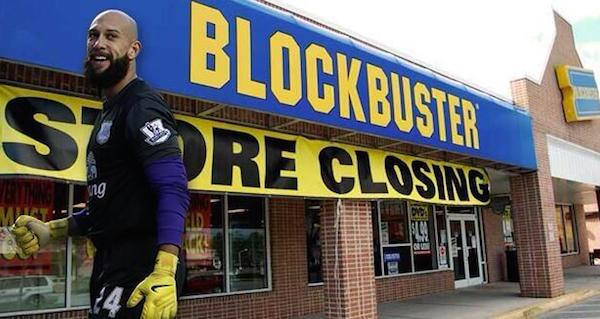 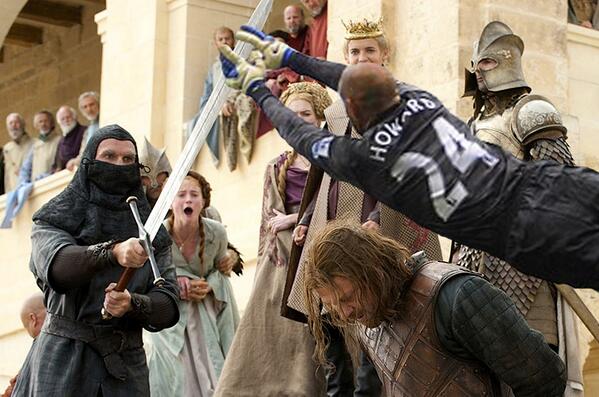 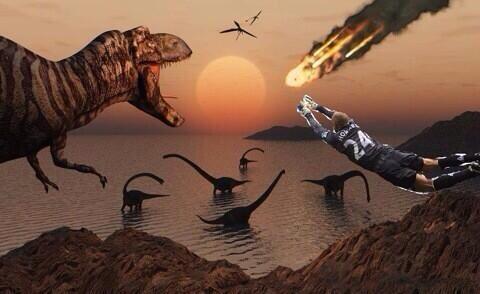 If any dinosaurs are around today they’d probably be looking at this picture going, “Damn… I wish Tim Howard was around to save us.” That got us thinking about some social media pages and websites that probably wished they had some help from the American keeper. So, we sent him in there to see what he could find. 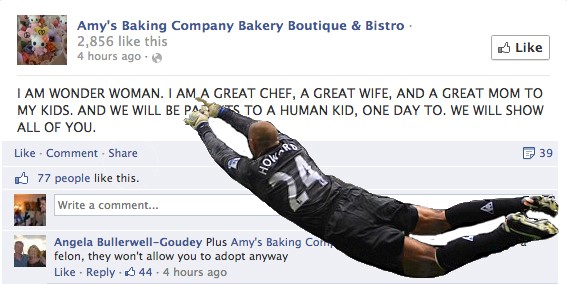 We kind of have to applaud Amy for starting the post off with “I AM WONDER WOMAN.” It’s a grand claim, and one that is utterly false. If you ever had a chance to watch Gordon Ramsay’s Kitchen Nightmares you’ve probably seen pretty much every way you shouldn’t run a business but Amy definitely takes the cake. Their episode is one of the most terrifying and entertaining episodes of that show that I have ever seen as she and her terrifying husband run the craziest bakery on this side of the Rocky Mountains. So, if Gordon Ramsay couldn’t save it, how could Tim Howard? He would use his superhuman powers of intelligence and American opportunism to tell Amy that she should probably hire a social media manager because any time you have to clarify that you’re going to have a ‘HUMAN KID’ on your Facebook page it’s time for a new approach to social media. Hiring a manager would have helped Amy deal with the situation calmly, fight those negative Yelp reviews and let her focus more on her business instead of her social media assets. 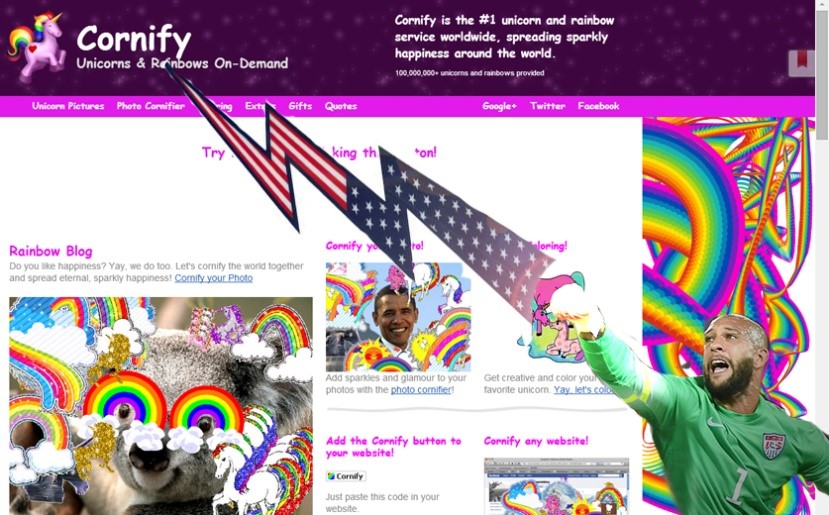 Cornify may just be one of the worst websites we have ever seen (although we’re 99.9999999% sure that that’s intentional). Either way the site provides an excellent example of an awful website and why you and your small business should consider hiring a web design team to handle your website. There are a bunch of problems with Cornify but our most major concerns are that it is non-responsive, it suffers from a poor layout and any semblance of design is lost in the rainbow colors that are scattered about the web page. If you hire a web design team you’ll be getting a group of talented individuals who have experience with the finer elements of design and can better realize the site that you may have in your head. Their expertise will also give you access to more potential customers and optimize your website for the web. If you have any further questions about web design or social media marketing feel free to contact us at 516-535-5353 or e-mail us at sales@fatguymedia.com. And very lastly we’d just like to applaud the #USMNT and Tim Howard for their performance at this year’s World Cup. Congratulations!