On November 1st, 2013, Instagram launched its first ever advertising platform by featuring a Michael Kors ad on its users timelines. The monetization of Instagram has begun, and many users will probably dream of the ad-free days of years past. With all of the uproar that advertisements faced when they launched on Facebook, it’s to be expected the same would happen once Instagram ads hit the shelves.

Instagram’s parent company has had to make many changes to the way they feature ads on its users pages, but Instagram has a chance to learn from the mistakes of its predecessor, and it looks as though they have done just that. Yesterday, the company launched a blog post on Tumblr called “Tools and Tips to Help Marketers Inspire and Engage on Instagram” that accompanied the release of The Instagram Handbook for Brands. According to statistics released by Facebook last year, users who were exposed repeatedly on Instagram were 32% more likely to buy the advertised product. Needless to say, major brands are chomping at the bit to tap into Instagram ads, but the subsidiary of Facebook has sought to protect itself from user backlash by setting standards for brand marketing on user timelines. The result of those standards: compelling visuals that generate a much less jarring user experience. Instead of having ads thrown in your face that blatantly scream “BUY ME,” Instagram ads are beautiful to look at, and say much more through their beautiful imagery, with a small “Sponsored” icon in the username banner on the post Currently, not many brands are allowed to utilize Instagram ads, but the select few that have been granted permission have hit the ground running with some really amazing advertisements. If the rest of the major brands can do what @gopro and @nikerunning have done, then these ads may become a game-changer for social media marketing. 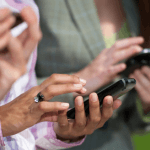 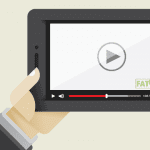