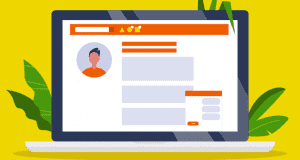 The whole premise around LinkedIn is to help people become more successful and productive, specifically in the professional world. You’re most likely going to seeing posts from the different connections you make through LinkedIn, friends, colleagues and those who share the same interests as you. The algorithm change is big LinkedIn news, because they’re now putting an emphasis on making sure that users can stay active and engaged in the things they view on their feeds. With over 645 million users, LinkedIn’s creators are determined to make sure your feed is customized to your interests and not full of arbitrary posts from others.

The goals of the LinkedIn algorithm are to prioritize relevant content and promote engagement. Relevancy trumps recency, which is why LinkedIn made changes to its homepage and now has been set to default to “top” posts. This algorithm update allows users to see the posts from their connections. A change from only seeing posts from accounts that have millions of followers and daily engagements. They want to increase the amount of interactions the average user receives.

LinkedIn takes into account three different aspects of posts, in order to determine what will be most relevant to you:

Your connections that use similar hashtags, or add the same people and pages as you, are relevant content.

The whole reasoning behind the updates LinkedIn made to its algorithm was to increase engagement and relevancy for its users. They want to increase interactions between connections and increase user experience. Keeping up with LinkedIn news will allow you to best utilize the platform and get a better experience out of it.

Linkedin news about its algorithm change, Linkedin news update, The latest linkedin news
Previous Post
What is Permission Marketing, and Does it Actually Work?
Next Post
Holiday Commercials that Capture the Spirit of the Season