So today on the way to work I was on our Twitter account from my iPhone (I take the train so no, I was not tweeting and driving), when I started to receive the dreadful “Could Not Authenticate You”. Now I’ve never had this issue before even with my personal account so I began to Google things and then checked my email where I was sent a notice from Twitter informing me the account had been suspended! Our Twitter was suspended for sending multiple unsolicited mentions to other users. Now I know for a fact we did not spam any tweets (to my Twitter knowledge) or send out a bunch of unsolicited mentions. However I’m sure somewhere deep down in the Twittersphere rules and guidelines handbook I broke something.  With this guide we hope to help you ensure that your Twitter account gets reactivated as quickly as possible with the simple steps below!

Now this is one Twitter thing you do not want to become a pro at doing! We hope this helped you and that you won’t be coming back here again, unless it’s to share the post to help a friend whose Twitter account has been suspended! 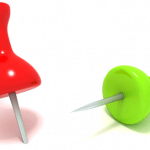 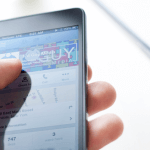