Here at Fat Guy Media, we identify as a lot of different things. We’re inbound marketers, web designers, food lovers, sports fans—the list goes on. One thing we’re not, though, is Fat Boy Media. And, while there’s no real consensus among scholars as to how we got our name, some historians believe it started like this…

The Legend of Fat Guy Media

Legend has it that in 2003, a Mineola-based company named TCI Technologies made its way into the Long Island information technology scene. After taking the market by storm, TCI’s customers began demanding more and more from their beloved IT provider. Website design? Digital media marketing? How on earth could TCI provide clients with exceptional IT consulting services and design killer websites at the same time?

The going got tough as the need for a full-service marketing firm capable of handling the needs of TCI’s clients skyrocketed. After awakening one night in a cold sweat with visions of responsive website codes dancing in his head, TCI’s fearless leader, Tom Jacoberger, was struck with a revelation.

So What’s the Deal with Fat Boy Media?

The fact of the matter is, our hunger for marketing success is far too strong to be that of a boy. Our appetite is better compared to that of a man—or, uh, a guy, rather. Regardless, the fact remains that we are, and always will be Fat Guy Media (not Fat Boy Media).

But that’s not to say we’re bashing the Fat Boys of the world. In fact, we have a ton of love for our similarly named brethren. Check out Fatboy USA for example. They design super cool lifestyle products like beanbag chairs, hammocks and dog beds. Maybe someday you’ll even see a Fat Guy-Fatboy USA collaboration with beanbag chairs in our signature green. What do you say, Fatboy USA? Want to hook us up with some beanbags to replace our swivel office chairs? 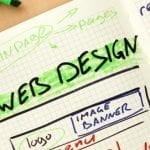 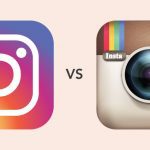