The History of Online Marketing in 3 Minutes or Less

Since the dawn of the digital age, online marketing has shaped the way businesses promote their products and services. From the first email blast to the invention of inbound marketing, its history is a story of how the business landscape was forever altered by technological advances.

What is Online Marketing?

Online marketing is a method for promoting the sale of products or services over the Internet. It is beneficial to companies, because it is immediate and not limited by geography or time.

It may also be known as online advertising, internet marketing or digital marketing. 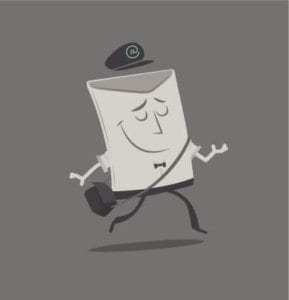 The very first email was sent in 1971 by the U.S. Department of Defense. Seven years later the first email blast was sent. Since then, email marketing has become a viable business tool in spite of continued predictions for its demise. It is estimated that for every dollar a business spends on email they will receive a return on investment (ROI) of $38.

Today, 205 billion emails are sent daily. In addition, the use of email is so widespread that the average office worker receives approximately 121 emails a day.

Banner ads were a popular early form of online marketing that charged an upfront cost for space on a website for a specific period of time.

In October 1994, AT&T bought the first-ever banner ad on Wired’s website. It said: “Have you ever clicked your mouse right here? You will.”

They spent $30,000 on the ad over a three-month period. Its 44 percent click-through rate far exceeded today’s average of .06 percent.

Two years later, the introduction of Google Adwords changed the ball game for marketers everywhere. It allowed them to strategically promote their clients’ businesses with paid SERP placements.

In 2005, the introduction of Google Analytics’ first allowed marketers to track website traffic and gain other insightful data. 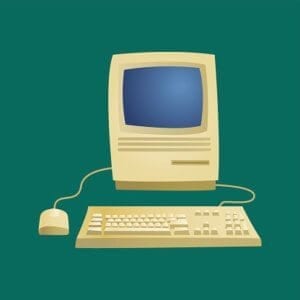 As social media use grew steadily in the 2000s, it then became another avenue for online marketing.

Other social networks followed Facebook’s lead. Today, marketers have many different promotional platforms to choose from, including Twitter, Instagram, LinkedIn, Google+ and Snapchat.

Although content marketing dates back as far as 1845, it received a major update in the digital age. The buyer-centric marketing practice focuses on attracting customers with relevant, educational information. This departure from traditional advertising was yet another notable evolution in the history of marketing. Today, it is common for businesses to publish informative blogs to attract high-quality leads.

Through the last 40-plus years, online marketing has evolved with the times to help businesses increase visitors, leads and most importantly customers.