Fat Guy Media, a full-service Long Island web design and marketing agency, is building community among co-workers through sports. The agency’s web designers, account managers, videographers and bloggers enjoyed the opportunity to de-stress during 45 minutes on the pitch. Fat Guy Media’s and TCI Technologies’ employees also took advantage of the opportunity to improve their working relationships.

Fat Guy Media, which never stops marketing to keep your brand alive, reflected the company mission in their play. On the pitch, Fat Guys, including company president Tom “Grey Goose” Jacoberger, passed the ball up and down the field with relative ease.

How We Won with Team Building Games 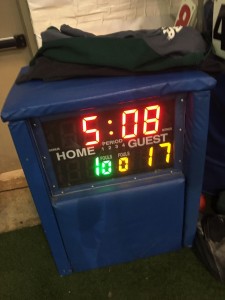 However, opponent New Kicks on the Block turned out to be a formidable foe for Fat Guy’s first-ever company soccer game. Despite the team’s best efforts, the match was an up-hill battle. Fat Guy may have lost, but the sports outing was time well spent for all the employees involved.

Hungry for a win, Fat Guy Media’s staff continues its spring team building games next Tuesday night at the Globall Sports Center in Garden City’s Mitchell Field. After that, it’s on to the New York Cosmos!