How Does the Facebook Algorithm Affect your Marketing Efforts?

The Facebook algorithm responsible for organizing users’ newsfeeds is notorious amongst marketers. It’s constantly changing, often leaving businesses that use it for promotion scratching their heads in confusion. Some marketers have even considered abandoning ship and neglecting Facebook entirely. But is that really necessary?

Facebook’s ultimate goal is to provide a user-friendly experience that will keep people coming back. Originally, that experience didn’t include bombarding users with content from publishers, but connecting them with other people, such as their friends and family.

A major change to the Facebook algorithm occurred in the summer of 2016, when the social media giant announced that they would return to their roots of catering the newsfeed to individuals, not brands.

How Does that Affect your Business?

Some marketers argue that organic reach on Facebook is virtually dead. And between the sheer volume of brands competing on Facebook and the ever-changing algorithm that is not exactly business-friendly, they’re not entirely wrong.

With the exception of those that have large, deeply-involved followings, brands have struggled more and more with attaining decent organic reach throughout the years. Even some of the top brands on Facebook consider a measly one percent to be a decent organic engagement rate.

But just because solid organic reach is difficult to accomplish doesn’t mean that brands can afford to disregard Facebook as a means of promotion. It’s still the world’s most popular social media platform, after all. And, with a relatively small budget, wonderful reach and engagement can still be achieved. 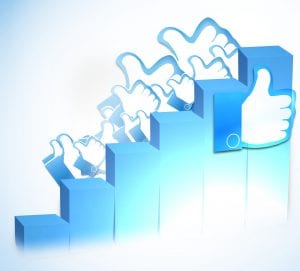 The budget you dedicate to Facebook doesn’t have to be huge. For just a few dollars, you can boost your individual posts to an audience of your choice, or run targeted advertisements with a variety of goals in mind.

Compared to other media buys, Facebook ads are still super inexpensive. However, the increasing number of brands that use them may dilute their effectiveness in the future, so act quick!

Since Facebook’s business and advertising platforms provide you with data of extraordinary depth, it’s the perfect testing ground for marketing and ad campaigns. The data you gather from Facebook’s Audience Insights feature can be used on other channels that don’t provide you with the same nuance. 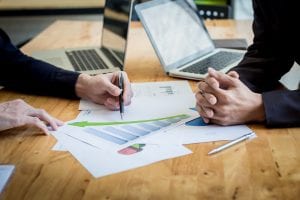 The Facebook algorithm has changed, but the way to use Facebook has not. Best practices like attaching images to your posts, writing compelling copy that speaks to your audience and engaging them when possible are still the top ways to build your brand on Facebook. The only difference is, you need to spend a little bit of money to make your brand visible.

So the Facebook algorithm makes life a little bit more difficult for marketers. But is Facebook dead as a marketing platform? No way. And it probably never will be.