What Those Fake Advertisements Online are Really All About

The saying goes, “if it seems too good to be true, it probably is.” But what about those advertisements that seemingly appear completely legitimate, but are a complete scam? As social media continues to grow more popular, the amount of fake advertisements being displayed on Google is rising. From political campaigns to healthcare supplies, the fake ads never seem to end. 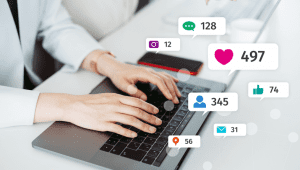 Where Fake Advertisements are Coming From

With 2020 being a major election year for the United States and the whole world in the midst of a pandemic, we have seen an influx of fake political ads as well as fake advertisements for items such as face masks and hand sanitizers.

Those who are most affected by fake ads online are the adults who are 50 and older, since they are also the fastest growing segment of Facebook users. Facebook is the social media platform where users can find the most fake ads. Those of that age range did not grow up in a digital world and tend to have a harder time deciphering between ads that are a scam and those that are legitimate.

How Scammers Can Get Away with Fake Ads

There are a few different types of fake advertisements that one can see online, including photos, videos, graphics, etc. Many scammers can get away with creating a fake photo or video by manipulating the content they have so the viewer sees everything out of context, misleading those seeing the ad.

Any person who has the knowledge can create a graphic and publish it online. That is why before you believe anything, it is important to do more research on topics, especially if it something you will then give personal information to. 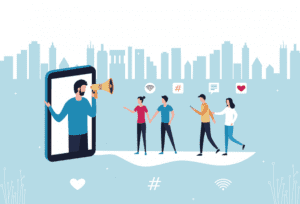 How Google is Handling Fake Advertisements

Google is stepping up their game when it comes to authenticating yourself before they allow an ad to be seen by consumers. For instance, “Advertisers will need to submit personal identification, business incorporation documents or other information that proves who they are and the country in which they operate.” John Canfield, Google’s director of product management, stated.

They make these changes in hopes that the consumer will have better insight on who the advertiser is behind the ads they’re seeing. Allowing consumers to make more educated decisions when deciding which ads to trust or not.

To ensure you aren’t being deceived by a fake advertisement, it is advised that you are extra careful when purchasing items online from sites that are not widely known. Do your research and make sure you look up where the ads are coming from before believing anything.