Our Favorite Advertising Campaigns of 2017 (so far)

So far, 2017 has seen its fair share of popular advertising campaigns. From comedians ruminating on realness inside a burrito to a modern day re-creation of an iconic ‘80s film, several of these campaigns instantly caught our eye. So, without further ado, here are some of our favorite campaigns from the last few months!

The Best Advertising Campaigns of 2017

Chipotle’s “As Real as it Gets”

In its new advertising campaign, “As Real as it Gets,” Chipotle uses comedy to shift its brand image past the recent string of food-borne illnesses in several of the chain’s restaurants.

The three spots are headlined by actor and comedian John Mulaney of “The Kroll Show,” actress Jillian Bell of “Workaholics” and “22 Jump Street,” and actor Sam Richardson of “Veep.”

The three actors enter the tin-foil wrapped burrito where a pianist plays, while the voice of actor Jeffrey Tambor encourages them to “be real” because “everything is real” inside a Chipotle burrito. What ensues is witty banter between the voice and the actors as they attempt to “be real.”

After pursuing several pricey promotions to enhance its image, Chipotle hopes these new spots will show the lighter side of the brand and reinforce the restaurant’s ingredients as authentic at the same time.

As an ode to the ‘80s cult classic “Ferris Bueller’s Day Off,” Domino’s recreated two of the film’s most iconic scenes to highlight how new technologies are enhancing its delivery experience. Actor Joe Keery, who plays Steve Harrington in Netflix’s “Stranger Things,” reprises the role of Ferris Bueller.

In the film, Ferris pretends to be sick because “how can [he] possibly be expected to handle school on a day like this!” In the first commercial, Keery similarly wonders how he can possibly enjoy his day without Domino’s, then proceeds to order his pizza with an Amazon Echo.

The second spot is an almost shot-for-shot re-creation of the scene where Ferris bolts through backyards while attempting to get back home before his parents to avoid being caught playing hooky. In the commercial, Keery uses the same tactics, except this time he’s trying to get home before his pizza arrives, which he’s been tracking on his smart watch.

The commercials are fun, humorous, and they also feature the original house from the 1986 film. The second spot even includes a small cameo from Alan Ruck, who played Cameron in the original movie.

As a way to solidify its product as the go-to beer for bonding between friends, Bud Light created the “Famous Between Friends” advertising campaign.

The two spots show a best man’s speech at a wedding that’s pieced together by a montage of short clips taken from the times he’s shared with the groom. The idea is to highlight the role that Bud Light plays in big and small moments throughout the life of a friendship.

The friends share Bud Lights at ball games, house parties and even a game night. By inserting the brand into the most intimate moments of life, Bud Light plays to the emotions of its target audience as a staple of quality friendships.

To this point, 2017 has seen a strong batch of advertising campaigns that hit home for viewers. We look forward to more great ones to come before 2018! 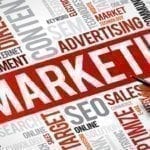 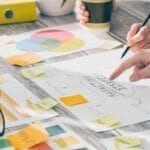