A Brief History of Blogging: From 1994 to Present Day

In this day and age, blogging comes in many different forms. However, have you ever actually wondered about its initial origins?  Well, if you have (or haven’t), we here at Fat Guy Media have compiled a brief history of blogging. So, if you’re interested in learning about this all-important digital marketing practice, read along.

A Beginner’s Guide to the History of Blogging

The first seminal moment in the history of blogging came all the way back in 1994. That year, Justin Hall, a Swarthmore College student, created Links.net, recognized as the internet’s first “official” web-based blog.

Although the term “blog” was not yet created, he used the site as his own homepage, posting his personal musings and discoveries. In fact, the New York Times Magazine even labeled him the “founding father of personal bloggers.”

However, it wasn’t until 1997 that the term “weblog” was coined by Jorn Berger to describe this phenomenon of personal webpages. 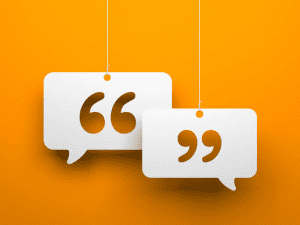 In 1998, Jonathan Dube blogged about Hurricane Bonnie for The Charlotte Observer. This was the first time that blogs were used in traditional news media. The next year, programmer Peter Merholz shortened “weblog” to “blog” in an important moment in the history of blogging.

As time went on, blogging platforms sprouted up all over the place. LiveJournal and Blogger especially were two of the earliest sites to bring blogging into the mainstream. 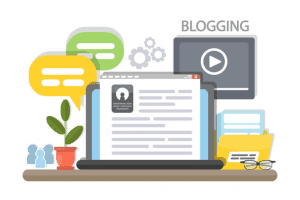 During this time, political, parenting and gossip blogs were all the rage. Websites like The Mommy Blog, Gawker and The Huffington Post were among the first of their kind. These sites would eventually pave the way for blogging-specific platforms. For instance, WordPress and TypePad were started in 2003.

However, the history of blogging isn’t complete without a little bit of controversy. With everyone blogging their own thoughts and ideas all of the time, people were bound to say something inflammatory.

This leads to the firing of Heather Armstrong, the blogger behind Dooce, for comments she made about her employer on the blog. In fact, the term “dooced” eventually became synonymous with being fired from one’s job for things written on blogs. 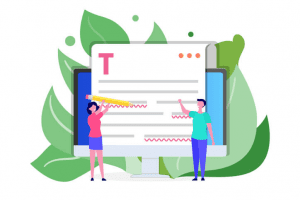 The Introduction of Microblogs

By the end of 2010, there were more than 152 million blogs active on the internet. However, it was also at this time when blogging began to take different formats. In particular, microblogging started to gain traction.

Websites like Twitter and Tumblr allowed users to post in a more compact, succinct manner to a defined following. Now, people recognize these kinds of sites as the epitome of the modern blogging experience.

Although the history of blogging goes back far, it’s far from complete. That’s why we’re looking forward to the future of blogging.