What is A/B Testing, and how does it Work?

Business owners often wonder why their marketing efforts have proven to be ineffective (or unsuccessful). But they have no idea what the problem is or how they can fix it. Rather than making changes through guesswork, A/B testing enables them to systematically troubleshoot individual parts of their marketing.

What is A/B Testing?

A/B testing is a proven method for statistically analyzing the effectiveness of different aspects of digital marketing performance. It is a way of comparing two versions of the same marketing element, such as an email subject line or a webpage headline, to determine which one will more influence visitor’s behavior.

In this method, an original and a variant are shown to users at random. For example, half of visitors are shown the original version of a webpage, while half are shown a slightly modified version, which could include a different headline or different call-to-action (CTA) button.

The information drawn from this test is used to inform changes made in marketing campaigns. An A/B test is way to predict which variant will have the best conversion rate. The key is to change only one marketing element at a time to isolate which piece should be fixed. 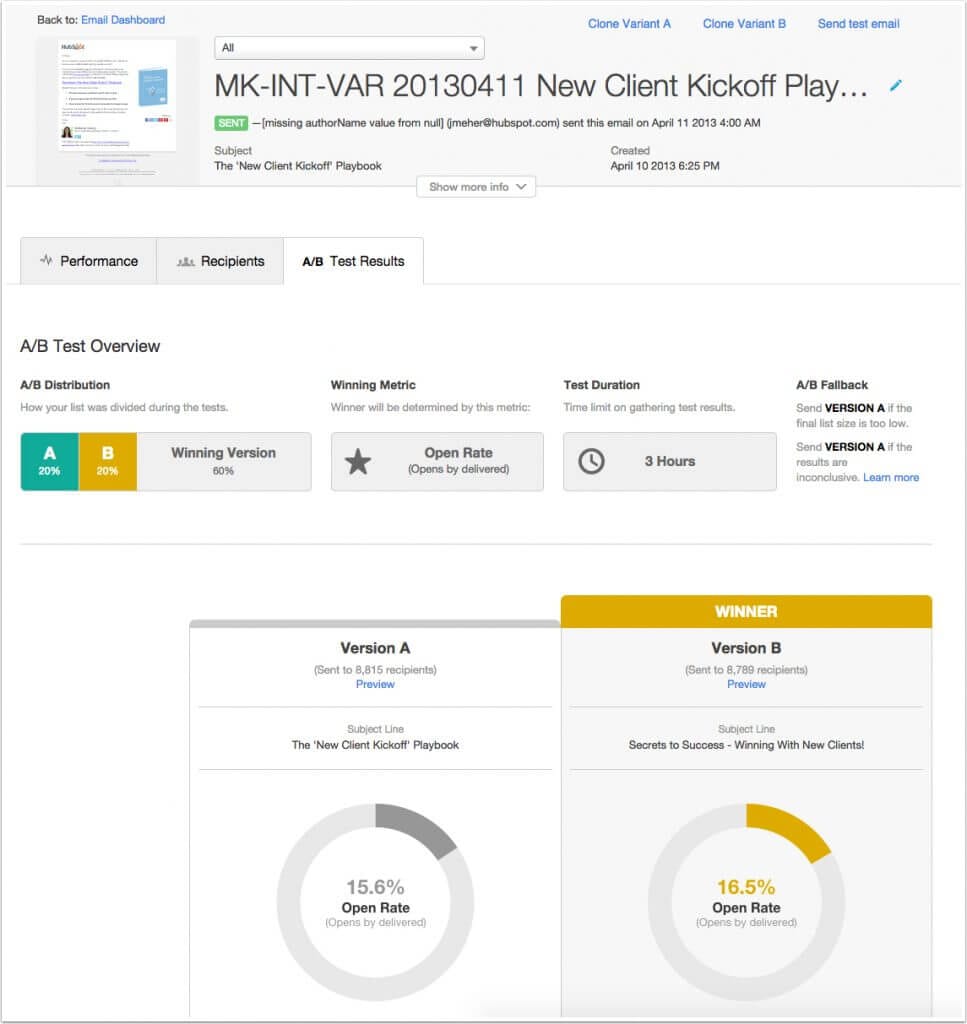 It can be used for:

How does it work?

A/B testing removes the guesswork out of individual components of your marketing campaign, like when is the best time to send an email or where is the best placement for a CTA? As a result, marketers can construct informed hypotheses as to why certain marketing elements will better impact user behavior. After analysis, they can make a change that will keep their marketing on point.

Since one element is changed at a time, an A/B test can be a continual process that improves conversion rate over time. For example, a series of A/B tests on the headline, layout, photos, CTA and form fields may be used to improve landing page conversion rates.

What Makes the World’s Most Valuable Brands so Valuable?Branding, Digital Marketing, Industry