Facebook is continually becoming more socially conscious. In August, Facebook gave nonprofit fundraising a huge boost by allowing all of these organizations to add a “donate now” call-to-action to their Facebook page. Prominently located next to the “like page” button, the new call-to-action enables nonprofits to do much more than raise awareness on Facebook.

The power of the “donate now” button was displayed after the recent Nepal earthquake when more than 770,000 Facebook users donated $15 million to the cause. Charities take home all the proceeds of their nonprofit fundraising ideas, since Facebook does not take a cut of the money raised.

Another Facebook social media marketing strategy for non-profits is to add a “donate now” button to a promoted post. This way your message can reach new audiences, while your call-to-action simultaneously increases donations. 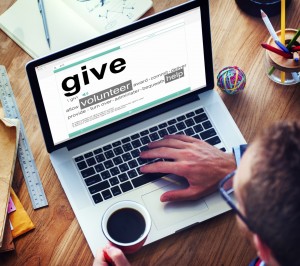 Recently, eBay’s “Sell for Charity” became available on iOs and Android mobile phones. eBay sellers have the option to donate 10 to 100 percent of their sale to the charity of their choice. Since 2003, the eBay community has raised more than $500 million for nonprofit organizations.

GoodWorld is also on a mission to encourage charitable donations across social media. GoodWorld’s plan is to facilitate even easier donations on Facebook and Twitter. It allows registered users to pledge money by simply posting #donate followed by @[charityname]. These posts may then be boosted with Twitter Ads.

GoodWorld hopes to raise a million dollars on social media this holiday season with special events, such as #GivingTuesday on December 1. Nonprofits can join GoodWorld here.

Whichever nonprofit fundraising ideas you choose, highly targeted campaigns continue to work best, because it’s easy for anyone to get lost on the Internet. By segmenting an audience, your nonprofit can make the most of its next fundraising campaign.