For years, visual storytelling has been the primary method for nonprofits to get their message across. Philanthropic organizations utilize it to communicate their purpose and trigger emotions. Oftentimes, their overarching goal is as simple as raising donations or seeking volunteers. Here are some prime examples of nonprofit marketing done successfully.

4 of the Most Popular Nonprofit Marketing Campaigns of All-Time

To combat the growing trend of tobacco use in America, Truth created an innovative visual campaign. Big Tobacco Be Like, a play off the popular #BeLike meme, used popular internet personalities like Logan Paul to paint the difference in perceptions between smokers and Big Tobacco.

This series of short vignettes was broadcast on national television in certain spots targeting the 12 to 24-year-old demographic. Also, their digital campaign tacked on an additional million views on YouTube in just its first day.

Pencils of Promise, an international education foundation, created a video to promote their cause: access to education for everyone. This 90-second ad used virtual reality technology to transport viewers into a small classroom in Ghana.

Their goal was to highlight the benefits that education is having on one small rural village. At the end, young schoolchildren begin class in a new building, courtesy of Pencils of Promise. Within a year of its release, the film had raised over $2 million dollars towards their cause.

Each of the nine unique stories follows their trip across the Mediterranean and their lives before leaving Syria. Afterwards, artists illustrated the refugees’ stories on used life jackets taken from the beaches where they landed.

Every illustrated life jacket on their website is accompanied by the refugee’s image, along with a description of their story and an audio interview. Not to mention, users are also given the option of donating to several refugee humanitarian charities right on the page.

Chances are that, back in the summer of 2014, you participated in the ALS Ice Bucket Challenge from the ALS Association. This viral sensation challenged viewers to dump a bucket of ice water on themselves and nominate three friends to do the same or donate, in the name of raising awareness for ALS.

With every drop of water, more people across the globe became aware of this debilitating disease that affects millions. The Ice Bucket Challenge culminated in endless awareness and about $115 million raised during the summer of 2014 alone.

Nonprofit marketing is one of the most important ways for philanthropic organizations to raise money, round up volunteers and spread their message. 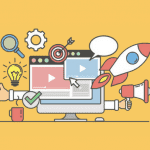 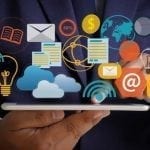 The Rule of 7 in the Digital AgeDigital Marketing