The Rise of SoLoMo and What That Means

A man stops on a street corner. His breaths come in ragged bursts, and he pulls a small, rectangular device from his pocket. The home-screen brightens and a Nike swoosh dashes across the screen. Sweat falls from his forehead and the automated voice of Sonya Richards Ross echoes in his ears, “Congratulations! That’s your farthest distance yet. Would you like to share your run with your friends?” He taps the share button and walks into a nearby café. The runner may not have known it, but just then (when he shared the run with his friends), he became a part of a movement that has begun to make its way across not only the United States but the entire world—the Nike Plus app is SoLoMo in action. But what is SoLoMo? The Social Location Mobile (or SoLoMo) movement began in John Doerr’s Bay Area home in 2010, during a meeting with two other multimedia moguls. They were looking for a way to better connect with consumers, and they decided that in order to effectively link people to each other (and to businesses), it would be necessary to utilize the mobile technology that their clients use every day, and link it with local marketing campaigns. Some sources claim that this effort has the potential to bring companies closer to the center of their network. Others believe that the term oversimplifies the different avenues companies can exploit when attempting to connect with consumers. Forrester analyst Jenny Wise has argued against the term stating, “It’s not ‘social,’ it’s person. It’s not ‘location,’ it’s the entire context.” She explains that location does not really matter unless you analyze why that person is there and what they expect to do there. Regardless of whether SoLoMo works or not, it is worth noting the reason the term is catching on. In the world today, there are two billion people connected to the internet and five billion people that own mobile devices. By 2020 it is expected that the number of people with access to mobile devices will approach 50 billion. That expansion presents a $32 trillion opportunity in less than seven years. The companies that will win the most amount of capital will be the ones closer to the center of their networks, and one gets closer to the center of a network by communicating and interacting with consumers. 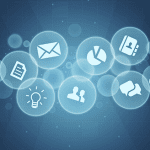 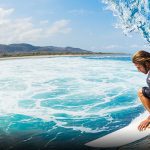