Every year, friends and family gather around televisions worldwide to watch the big game. This year, the New England Patriots had a historic comeback to take down the Atlanta Falcons, but that wasn’t the only spectacle of the evening. There were several great Super Bowl marketing campaigns and commercials that premiered Sunday evening.

The Best of the Best Super Bowl Marketing Campaigns

This past Sunday, Hyundai made a case for having the most heartfelt commercial of the evening. American soldiers deployed in Zagan, Poland were surprised with an opportunity to watch the Super Bowl with their families, who were at the game, using 360-degree cameras and immersive pods. It allowed them to feel like they were right there with their loved ones.

Surprisingly, this car commercial did not actually include a single car. Instead, Hyundai adopted a mission statement and company initiative of giving back to those who serve our country as a way to elicit a certain feeling from audiences. Rather than using the commercial to sell a product, Hyundai decided to establish their brand as one that cares deeply about our country’s military.

Patriotism is near and dear to many Americans hearts, especially those who have loved ones serving. Either way, Hyundai succeeded in showing how it’s not all about product, sometimes it’s about the charitable work that brands do behind the scenes.

T-Mobile opted to draw attention to their unlimited data package with a star-studded commercial that incorporated a social media campaign. Justin Bieber, who served as the commercial’s narrator, highlighted the evolution of dances, especially touchdown dances.

NFL superstars like Terrell Owens and Patriots’ tight end Rob Gronkowski also star in the commercial. Bieber encouraged those at home to post their own unique touchdown dances on social media using the hashtag #UnlimitedMoves. Bieber reposted some of his favorites to his own social media pages.

T-Mobile used celebrity endorsements and a user-generated social media campaign to dazzle Super Bowl audiences. It clearly worked. Since it initially premiered, there have been many posts and impressions across the social media world featuring the hashtag #UnlimitedMoves.

This was perhaps the most controversial Super Bowl marketing campaign given the current political climate. Budweiser decided to tell their company’s origin story by tracking Budweiser founder Adophus Busch’s immigration from Germany to America during the 1800s.

Busch faces intense scrutiny as an immigrant throughout his journey across America, eventually landing in St. Louis, Missouri, where he was welcomed with open arms. It’s also where he meets Eberhard Anheuser, who he eventually collaborated with to start the Anheuser-Busch beer company.

Budweiser reminds viewers of the core American values that they want to align with their brand. Many people took this as an anti-Trump sentiment. However, Budweiser asserts that they merely attempted to epitomize the American dream, which can be achieved with their product.

What were some of your favorite Super Bowl marketing campaigns? 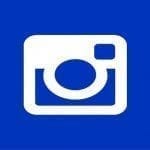