Since Facebook’s newsfeed algorithm has pretty much made it a pay-to-play platform for brands, understanding how to create effective advertisements is a must. In this blog, we’re going to discuss some of the criteria our team considers as we develop and run ads on Facebook.

For example, let’s say you’re creating a Facebook ad that’s intended to generate more leads. Presumably, your first choice is to use the ad format entitled “Lead Generation,” which allows people to enter their contact information directly on Facebook.

However, we’ve discovered that in most instances, more leads can be generated by creating a “Website Traffic” formatted ad, and directing Facebook users to a custom landing page on your website instead.

You’ve probably seen countless ads on Facebook that you’ve scrolled right past because they’re completely irrelevant to you. The same will happen to yours unless they provide something of value to your target audience.

Facebook has a metric for ad relevance score, which is a number between 1 (totally irrelevant) and 10 (highly relevant) calculated based on how many impressions, engagements and clicks an ad receives. The score will almost certainly lower over time, but if it dips below 6 within the first week, you should change a few elements of your Facebook ad.

The ad’s text should reinforce its relevance and value, meaning it doesn’t have to be extremely catchy. Make it about your target audience and what they’ll gain in return from engaging with your ad, rather than just about your business.

Visually appealing content, predictably, receives more engagement in general. This is true across all social media platforms, because the eye is naturally drawn to images and videos rather than plain text.

A properly-sized, aesthetically pleasing image or video should accompany each ad. Also, remember that Facebook penalizes the delivery of ads with images containing 20 percent or more text.

Give your audience a natural next step by prompting them with a call-to-action. We recommend using action words such as “Click here” or “Like our page” in the text of your ad, or using a premade button provided by Facebook in the Ad Creation Center.

Keep in mind that placing an element that looks like a button on the graphic of your ad may negatively affect its delivery if it violates Facebook’s Advertising Guidelines.

Advertisements on Facebook almost always receive more likes and comments than organic posts because their reach is higher. As a result, you should pay increased attention to the interaction your ads get.

Respond appropriately to both positive and negative comments, and be as helpful as possible to anyone who has a question. Even if you think your ad has a simple, straightforward user path, the people who click on it may not feel the same, especially if your target audience isn’t particularly tech-savvy.

Carefully considering each of these principles as you create a Facebook ad will not only make the process easier for you, it will also help you fulfill your social media marketing objectives. 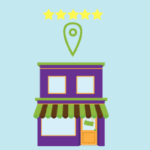 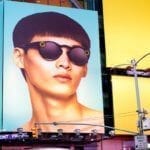