A new Pinterest Update has expanded its set of rich pins in order to include more information for pinned articles.  The Pinterest update will allow users to view the authors name, the article title, and a brief description of the article as of Tuesday of this week.  In addition to these changes, the link will appear larger when a new story or article is pinned to a board. “We’re always looking for ways to make pins more useful so that when you discover and pin something great, it’s easy to act on it, whether that’s cooking a dish, watching a movie, buying a new gadget or reading an article,” Jon Parise of Pinterest stated in the company blog. The idea of this revision is to encourage people to share articles and information that they find interesting and helpful.  It also makes Pinterest a tool by content developers by making blogs and articles easier to promote.  Fierce competition by Facebook Twitter and Google + has prevented a move like this for some time but new perspective’s from the company have pushed it into new directions.  They are now ready to take the next step and become a bigger player in the way businesses share content on the web. Pinterest users pin over five million articles to the site per day and many have reading boards to save content for later use.  The new Pinterest update will only make doing this easier.  Companies like Mashable, Rolling Stone, and the New Yorker are already utilizing the new resource.  The feature is not expanded to all pins, but according to an industry source, the ability to do so should be available, “soon”. 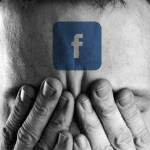 Promotions On Facebook Can Now Be Created Without 3rd Party AppsFacebook, General 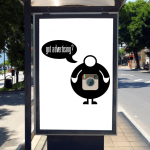