How Walmart and Microsoft are Impacting the TikTok Purchase

What’s Going on with the TikTok Purchase?

If you’ve been keeping up with the news regarding the popular social media app TikTok, you may have heard a few different things. One of which being that the app will not be banned if bought out by another company.

For a while, this seemed like just speculation. However, Walmart and Microsoft have teamed up to try to purchase the app together. But why these two corporations?

CNN Business predicts that Walmart wants in on the Chinese customer base, as TikTok is based in China. There is also a significant difference in Walmart’s American customers, as it seems to fade into the background with age. The corporation also needs to compete with Amazon, one of the biggest companies in the world, for most of its sales.

By partnering with Microsoft – another competitor of Amazon – there will be experts on cloud storage and how to run a social media platform, two things Walmart lacks. Reliable cloud storage was one of the U.S. government’s dealbreakers for allowing the TikTok purchase to go through.

As previously mentioned, President Trump was pushing for a ban. He believed that due to the nature of the app and its origins, China would have access to many Americans’ personal information. However, the app has since confirmed that users’ data is only stored in the U.S. and Singapore, with no data centers in China.

Once the alternate option of bidding on the app surfaced, many companies jumped to get in on the TikTok purchase. Although a social media platform on the surface, TikTok is comprised of 690 million monthly users globally. There are brand deals, advertisement opportunities, and social influencers to promote your products and services. 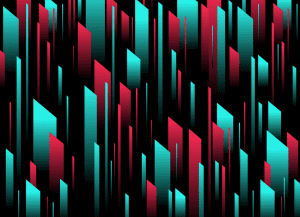 The Clock is Ticking

Although the news is still unfolding, it seems like ByteDance – TikTok’s parent company – will come to a conclusion soon. This purchase appears to be an impactful decision for both companies and will likely revive Walmart’s aging reputation.

social media, tik tok
Previous Post
Why Social Media Fact Checking is More Important Now than Ever
Next Post
How to Determine the Sales Funnel That Works for your Business