Celebrate World Emoji Day with Some of these Fun Facts

Today, July 17, is World Emoji Day. Love them or hate them, you have to admit that you’ve used them on more than one occasion. That’s because emojis are fun, universal and sometimes get points across that words just can’t. Nonetheless, emojis are here to stay. So, to celebrate the occasion, check out some of these fun facts about these little icons.

World Emoji Day started, well, because of an emoji. If you look at the emoji keyboard on your phone, check out the calendar emoji. You might notice that the date on it, July 17, is the same as today, World Emoji Day. And that’s how today became the day—it’s really that simple. 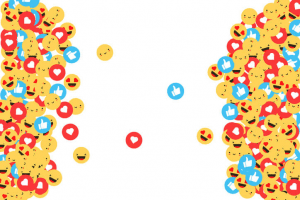 Although they may seem like a modern creation, emojis have technically been around for more than 20 years. In 1999, Japanese artist Shigetaka Kurita was searching for an interface to share information in a concise manner. To solve his issue, he created 176 original emojis, which can now be found in the New York Museum of Modern Art.

Emojis finally hit mainstream after a Google team petitioned the Unicode Consortium to recognize them in 2010. After that, they officially entered the Unicode Standard. 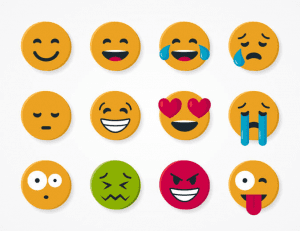 The Scale of Emojis

According to the Unicode Consortium, there are exactly 3,304 different kinds of emojis. That figure includes roughly 150 varieties of smiley faces and emotions, as well as 1,837 different emojis of people and the body.

While everyone has their favorite go-to emoji, there’s actually an official World Emoji Awards every year. In this competition, internet users from across the globe vote on several categories, including: 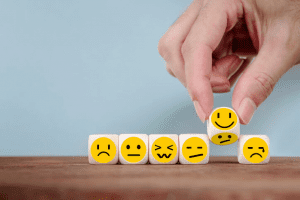 To round out World Emoji Day, check out some mind-blowing statistics about the prevalence of these icons:

Emojis are here, and they’re here for good. So, next time you use one, don’t forget these World Emoji Day fun facts!

The TikTok Ban: What to Believe and the Future of Social MediaSocial Media, Trending