This Thursday, we’re going to hit a nostalgic nerve and show you some old school marketing tactics, and what makes them so effective. While a number of old school tactics are no longer relevant, some are still used in marketing strategies today. We’ll explain how you can mix old and new school tactics to pack a killer marketing punch!

We see print ads almost every place we go; train stations, bus shelters, taxi tops, newspapers, magazines, on sides of the highway and more. The point is that they’re everywhere you look, and they work. In honor of Throwback Thursday, check out this ad that Apple used in a series of silhouettes in the early 2000’s to promote their iPod: 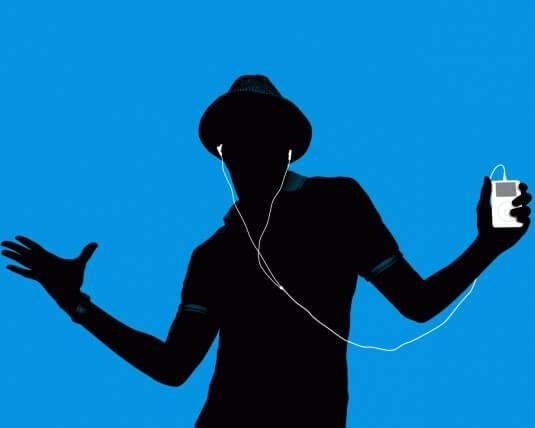 These types of ads worked for Apple because they were vibrant, yet it still remained a minimalist advertisement. The black silhouette and the white iPod made it clear that they were promoting a new product in a unique way. They structured each silhouette to have different poses, colors, and people. Apple threw in some extra spice to these advertisements by adding popular songs to their video series, which in turn generated more revenue for the artists featured on iTunes.

Listening to the radio and watching TV has become a part of our daily routines. Being that we use those mediums every day, brands take advantage of the opportunity that we’re already listening and watching.

This ad campaign worked because it had it taken advantage of the “hangry” feeling we get when we’re hungry and angry at the same time (which happens to the best of us) and put an interesting spin on it by putting the character in what might be everyday situations. They used Robin Williams and a slew of other celebrities like Betty White in their “you’re not you when you’re hungry” campaign. Snickers still creates these types of advertisements today because audiences respond so well to them. 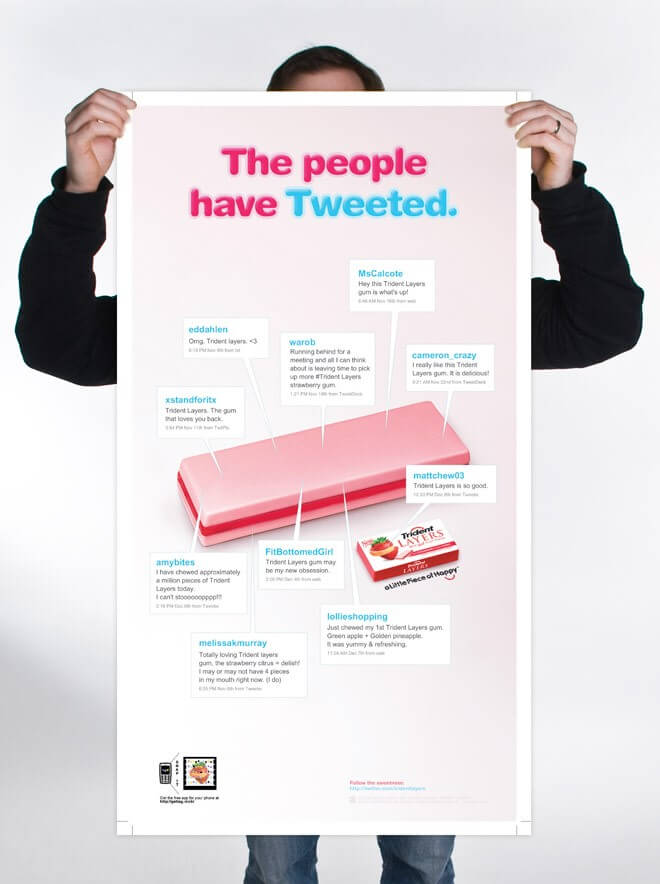 This is a prime example of mixing old school and new school marketing tactics. This ad was created as a print ad in USA Today, and they created the copy of the ad using tweets they received about their product from real consumers. This ad works because it makes people focus on the concept of using the format of tweets and color of Twitter’s font to create the feeling of familiarity. At the bottom of the ad, they included a QR code where users could scan the icon with their smartphone and be redirected to Trident’s Twitter account.