Updates in Twitter Marketing and What’s New in Social Media

Due to rapid growth, social media has adopted many changes and upgrades in the hopes of improving user experience and creating an easier way for publishers to market their businesses. Most recently, social media giants like Twitter, Facebook, and Snapchat have updated their interface and features to fit this movement. Many publishers, taking note of these advances, are pushing their brand and modifying their campaigns to work with this new kind of Twitter marketing.

Twitter has realized that sometimes emojis speak louder than words; especially when they can assist in targeted digital marketing campaigns. Since they were first rolled out, emojis have become a fun and unique way for people and brands to relay a certain emotion or feeling. 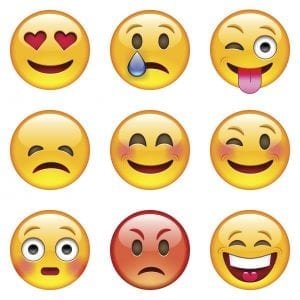 Utilizing technology from official Twitter partners, advertisers can target users who have tweeted or engaged with a tweet that contains an emoji. They use this to match the emoji to a person’s mindset, emotion, or mood. Targeting an audience based on their internal feelings is unexplored territory for marketers. With this new feature, publishers will be able to engage with individuals based on their mood and target those who use emojis relative to their brand.

For a long time, tweets were restricted to a 140-character limit. This made it difficult for users to find a way to get their complete message across within a certain threshold. Now, you’ll be able to utilize all 140 characters.

Twitter has recently announced that usernames, photos, videos, quoted tweets, gifs, polls, and other assorted media will no longer be counted in the overall character count. Media attachments are integral for any social media marketing campaign, so this has been a long time coming.

The ability to seamlessly add engaging media to tweets will allow publishers to produce content with more context and an overall better viewing experience. Putting out the best material that you can is vital for any business looking to build their brand; they need to give their target audience a reason to engage. 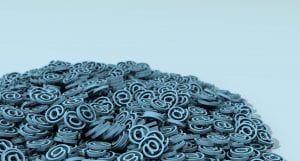 Retweet and Quote Your Own Tweets

This new feature allows marketers to repost important messages or advertisements to better adjust with timing and relevance. Quoting your own tweets lets you also re-deliver a message but provide any newly discovered developments or just further context. Overall, these adjustments should improve brand visibility and reach.

Inside the World of Social Media

Within the past year, Snapchat has teamed up with ten outside firms that can support the effectiveness of ads on the platform. One partnership with Oracle’s data cloud showed how their marketing tools will be able to increase in-store sales. With 150 million daily users, Snapchat ads have resulted in 92% higher sales on ads aimed at consumers. Although they’re still perfecting their ad functionality while fending off competitors, Snapchat is working hard to improve their marketing usage. 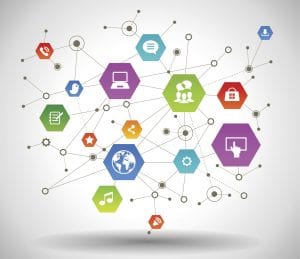 For quite a while, Facebook had a hard and fast rule that ad images were not allowed to have over 20-percent text. If the image is split up in a 5×5 grid, the text could only occupy five boxes, at most. Now, Facebook is throwing out their whole grid system and no longer rejecting ads with too much text.

From now on, text on photos will be broken up into four categories: OK (the minimum amount of text), low, medium, and high (the maximum amount of text). All different variations are allowed, except images with higher text volume will be distributed less and cost more. This will finally allow publishers to market their brand through images with text that best fits their campaign.