How Sports Teams on Social Media are Winning Off the Field

If you’re a sports fan, there’s nothing better than seeing a couple rivals mixing it up off the field. Luckily, in the social media age, teams are ramping up their platforms to build their brand and appeal to a wider audience. From GIFs and gags to clapbacks and dunking on trolls, here is our list of the best sports teams on social media.

If you like hilarious, witty social media personalities in your feed, the Carolina Panthers are the team for you. When they aren’t hiding the lyrics to the theme song from “The Fresh Prince of Bel-Air” in the first word of consecutive tweets, they can be found poking fun at their feline football team counterpart, the Jacksonville Jaguars.

.@Jaguars Not always though pic.twitter.com/ybpycrYXGO

The NBA might be the most popular sport on social media. Therefore, it shouldn’t come as a surprise that teams are bringing the heat when it comes to their Twitter and Instagram game, too. The Sacramento Kings are no exception. Although some find their on-court performance disappointing, they were named Fast Company’s “Most Innovative Company in Sports.”

Technology like 360-degree video and augmented reality helps them tell their story, connect with fans and grow their campaigns. Besides, who isn’t going to succeed with strong campaign slogans like “Sacramento Proud” and “Where Proud is King”?

Kings Basketball Is Back 👑 (🔊@groovyq)

The Vegas Golden Knights have only been around for a couple years. However, in that short time, they’ve quickly established themselves as one of the top sports teams on social media.

The Knights have made more than a few fans off-the-ice with their characteristic snark, sarcasm and spoofs. Not to mention, it didn’t hurt that they made it all the way to the Stanley Cup in their inaugural season.

The single game ticket on-sale date (AKA when Canadians who said Vegas didn't deserve a team start booking Vegas trips🙄) will be mid-August.

Besides starting a league-wide “Total Eclipse of the Heart” singalong, the Colorado Rockies lead the social media pennant race. By sharing content that you can’t find anywhere else, the Rockies Twitter have become a must-follow for baseball fans.

Enthusiasts of emojis and playoff hashtags like #Rocktober, the Rockies are gaining more followers by the day. After all, how could you not follow a team that created an epic “snowball fight” with the Cincinnati Reds?

Fun, charismatic sports teams on social media are growing the game exponentially. Teams have never before been able to tell stories or connect with fans this easily. 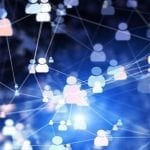