How an Integrated Marketing Campaign Appeals to Users

When it comes to promoting your company, you have to position your message where your audience will see it. However, these days, a simple email just won’t cut it. Brands must create unified, cohesive content and messaging across all platforms, from direct marketing to social media. This is known as an integrated marketing campaign.

What is an Integrated Marketing Campaign?

When it comes to an integrated marketing campaign, the whole is always greater than the sum of its parts. In other words, when all of the different aspects of your campaign are aligned, your complete message will become that much clearer to audiences.

Long gone are the days when you can just rely on one platform to get your message across. Now, you must create consistent branding using multiple platforms, like social media, email and web. That way, users will be more likely to interact with and understand your brand.

For instance, use these two integrated marketing campaign examples as a guide. 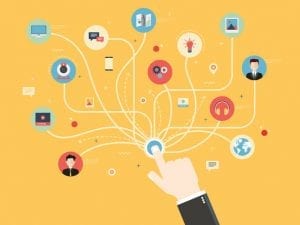 A few years ago, Domino’s Pizza was in a rut, to put it kindly. Their pizza quality was declining, and so were sales. Something needed to change, so Domino’s fessed up. Therefore, they started an integrated marketing campaign based upon the fact that their pizza was just plain old bad.

What resulted was a masterclass in self-deprecating humor, with them even going as far as to admit that their pizza tasted like cardboard and ketchup. On television commercials, they broadcasted both good and bad reviews. On the internet, they promoted customer feedback through social media channels.

Domino’s even developed an application for customers to build their own pizzas. Not only that, but you can now order on Facebook, Twitter, Apple Watch and more.

By all intents and purposes, Domino’s was owning up to their past mistakes and vowing to do better in the future. Audiences appreciated their accountability, humor and commitment to their customers, which turned into more deliveries and an enhanced brand image.

If you’ve spent any time watching television in the past ten years, then you’re probably familiar with classic Old Spice commercials. They are funny, trendy, smart and feature their spokesman, “The Man Your Man Could Smell Like.”

Believe it or not, this integrated marketing campaign was quite a rebrand for a company that, for years, was thought of as boring and stuffy. Their humorous, confident television advertisements even translated to a fun, interactive internet campaign.

After encouraging users to ask “The Man” questions on Facebook and Twitter, Old Spice recorded hundreds of responses and uploaded them to their YouTube account. Therefore, if you’re looking to integrate a television spot with a web campaign, this is how it’s done.

An integrated marketing campaign is much more important than you think. When used correctly, they can make a world of difference.