Depending on who you ask, cryptocurrency is or isn’t the future. For those unfamiliar, cryptocurrency, such as Bitcoin, is a virtual, decentralized currency of exchange that uses cryptography to verify and secure transactions and users. Due to its potential for high returns, popular companies are beginning to invest. In fact, Facebook Libra is the latest crypto to hit the market, but is it really all that?

This past June, Facebook announced the creation of their new cryptocurrency project: Libra.

The social media giant designed this digital currency to help people without bank accounts and those in developing countries exchange currency for goods and services. Mark Zuckerberg even said, “I believe it should be as easy to send money to someone as it is to send a photo.”

Facebook hopes everyone will use their currency on a daily basis to shop online or take out bank loans. Ultimately, the goal is to make sending money online faster and cheaper than normal wire or crypto transfers. 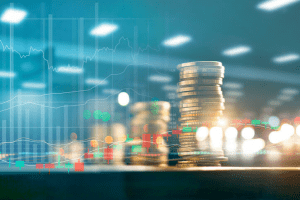 A specially-designed blockchain platform called the Libra Network will power Facebook Libra. A blockchain is made up by a series of servers, or nodes, that securely validate and record all transactions within the network.

However, unlike most cryptos, the Libra Network is “permissioned,” so only certain servers will be able to connect. According to Facebook, this will allow the platform to run faster than most other types of cryptocurrencies. By running quicker, Facebook Libra could become ideal for practical, everyday purchases. 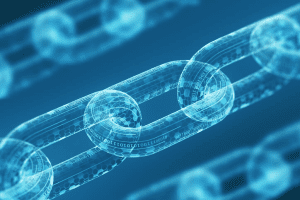 Although Facebook spearheaded the creation of this crypto, they will not oversee the currency. Instead, the Libra Association, an independent, nonprofit organization, will manage it. This consortium of 28 founding members, which includes payment, technology and telecommunications companies, is based in Geneva, Switzerland.

The organization overseeing Facebook Libra will operate the servers and manage the reserve to ensure utmost stability.

Facebook has also developed a sovereign subsidiary called Calibra to manage developments and transactions. They will even create products to help users better interact with Facebook Libra.

For instance, the Calibra wallet lets users send money to others mostly for free, but sometimes for a small fee. Although Facebook will profit from this fee, it will still be less expensive than wire transfers.

Not to mention, this uptick in transfers and usage may also result in increased advertising revenue for Facebook. However, the social media giant emphasizes that they will not use Calibra user data for ad targeting.

Although Facebook Libra is still in its early stages, there’s a lot of promise behind this rising cryptocurrency! But before you invest, it’s important to ensure you know everything about the platform that you possibly can.

branding, facebook, social media, social media marketing
Previous Post
How to Create a Landing Page Design That’ll Influence Conversions
Next Post
Why the Web Designers Near Me and You are Second to None